Earlier this year, the World Bank suffered a server security breach in which hackers were able to compromise critical servers.

In what Fox News characterized as an “Unprecedented Crisis“, were one of the largest repositories of sensitive data about the economies of every nation, had been raided repeatedly for more than a year. 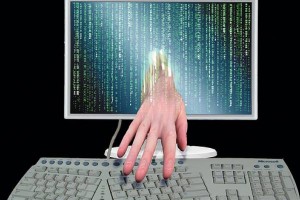 It is still not known how much information was stolen. But sources inside the bank confirm that servers in the institution’s highly-restricted treasury unit were deeply penetrated with spy software last April. Invaders also had full access to the rest of the bank’s network for nearly a month in June and July.

In total, at least six major intrusions — two of them using the same group of IP addresses originating from China — have been detected at the World Bank since the summer of 2007, with the most recent breach occurring just last month.

In a frantic midnight e-mail to colleagues, the bank’s senior technology manager referred to the situation as an “unprecedented crisis.” In fact, it may be the worst security breach ever at a global financial institution. And it has left bank officials scrambling to try to understand the nature of the year-long cyber-assault, while also trying to keep the news from leaking to the public.

The crisis comes at an awkward moment for World Bank president Robert Zoellick, who runs the world’s largest and most influential anti-poverty agency, which doles out $25 billion a year, and whose board represents 185 member nations. This weekend, the bank holds its annual series of meetings in Washington — and just in advance of those sessions, Zoellick called for a radical revamping of multilateral organizations in light of the global economic meltdown.

The bank’s chief information officer, Guy De Poerck, has engaged Price Waterhouse Coopers to do a confidential million-dollar assessment that is expected to tell him what’s going on in his own department.

What is very peculiar about this story is that no other news agency has reported the event and that Fox News was able to acquire internal e-mails and memos regarding the attack.
Jack Conde, Senior Enterprise Risk Management Officer at World Bank shared with executives on July,10, the extent of the breach here. According to the memo at least 17 servers were breached and were slowly being taken offline to perform forensics.

The memo goes on to say what steps they will take in the future to prevent information leaving the network, like implementing an outgoing firewall rule preventing communications being initiated from within the network.

A major effort is underway to implement a firewall rule that will bar all outbound traffic from server networks to the internet with exceptions made for servers with a legitimate reason to make such connections. To this end, ISG staff is creating a daily report of traffic which will be vetted by ISG service managers and OIS to insure that all exceptions are explained and justified. The rule will be implemented on Friday. This effort will curtail any data lost from production servers in the future.

This a normal reaction to a breach, were measures that should have been in place were not, but any such action should always be considered carefully to determine if it will actually prevent data loss or provide a false sense of security.

In the age of spyware, malware, keyloggers and hamachi, the biggest threat to corporate data comes from within.

What would be achieved by a firewall rule restricting Internet access? Well, absolutely nothing when the servers have access to every PC on the internal network and subsequently these PC’s have inherent access to the Internet.

In this particular situation were the attacker was able to compromise in excess of 17 servers and go undetected for so long, can only lead to 2 conclusions. Either the security guys are clueless or the attacker or attackers knew what they were doing.

In plainspeak: “They had access to everything,” says the source. “They had the keys to every room at the bank. And we can’t say whether they still do or don’t until we fully and openly address what’s happening here.”

Now this is not a small business, a law firm, or a retail chain. This is the World Bank, so I am inclined to believe that the keepers of the data are professionals and subsequently it would be wise to think that the attacker is not stupid.

Having access to the servers that were compromised and knowing that sooner or later someone was going to discover the breach, it wouldn’t be far fetched that the attacker would create false accounts and personnel records to back them up in the SAP (ERP), HR and Secure ID systems of the 10,000 plus employee organization.

This would give an attacker the capability to restore access once the breach was discovered triggering the containment plan. Additionally the attacker had gained system administrator access providing access throughout the corporation, providing the potential of creating backdoor’s into virtually any desktop computer in the network.

“The Fox News story is wrong and is riddled with falsehoods and errors. The story cites misinformation from unattributed sources and leaked emails that are taken out of context.

“Like other public and private institutions, the World Bank has repeatedly experienced hacking attacks on its computer systems and is constantly updating its security to defeat these. But at no point has a hacking attack accessed sensitive information in the World Bank’s Treasury, procurement, anti-corruption or human resources departments.”

In the security field, you have to be paranoid and levelheaded, specially if you are working in an outfit like this.

Hey World Bank…. if you need a hand… drop be a line.